The Future of Social Media in 2019

The future is always just around the corner. Take a glimpse into what (we think) is to come in the social media world with our 2019 predictions. 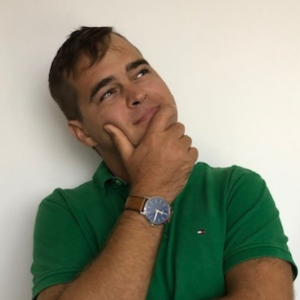 UX design and website conversions… is there a link?

Where to Find the Best FREE Stock Images

What happened to Google My Business?

According to Back to the Future, we should all be driving flying cars and riding some pretty funky hoverboards by now. While we’re not quite there, social media is doing some pretty neat things to help businesses maximise their potential online, and connect users with what they need faster.

We’ve been doing some research here at head office, and we think we have a pretty good idea of what Facebook, Instagram and other social media platforms will look like in 2019. Think much can’t change in a year? Well, this time last year we didn’t know mole rats pretty much don’t age and Instagram TV (IGTV) hadn’t even been released yet—so a year can change everything.

In our opinion, 2019 is going to be a game changer for growing your business online; especially using social media. Will we be right? We’ll have to see, won’t we.

74% of people say they rely on social media to influence their shopping preferences—and the platforms are using this to their advantage. We’ve already seen eCommerce features being added to Snapchat and Facebook Live, and paid advertising is pretty much everywhere you turn. Then there’s the Facebook Shop, where people can make purchases right there on the app.

So, what do we think is next? It seems like every girl dreams of the computer outfit organiser from Clueless, but we think something even better is not too far off. Snapchat and Adidas recently partnered up to give users the chance to ‘try on’ shoes using their filter technology, and it’s pretty clear this is about to become something big.

Imagine being able to turn on your selfie camera and try on endless outfits and accessories. If we’re right, it will happen soon on pretty much every social media platform.

You’re about to see more of the likes of Kayla Itsines, Michael Finch, Chloe Morello and other influencers in 2019. If you don’t recognise their names, you most likely know their faces. Social media influencers allow brands to tap into the millions (sometimes hundreds of millions) of followers on offer.

Spending only $150 for 10,000 people to see someone they trust using your brand is a pretty good deal. Again, social media platforms know this, so they’re making it easier for influencers to prove their worth with better tracking to come in the next year.

This is a pretty safe prediction but influencers will become more powerful for marketing than they already are.

Personal Branding Will Be More Important Than Ever

People want connection. It may seem strange to say you can build connection with someone you don’t even know, but how many times have you cried along with a person in a movie? Or nodded along to an inspiring podcast, video or post? Who better to connect people with your brand than the powerhouses of the businesses?

We’ve seen Showpo CEO Jane Lu and more controversially, Elon Musk of Tesla build large followings on social media to better their brands. Businesses are seeing how well it works and if they don’t feel comfortable doing it, they put an influencer in place to create the connection for them.

In 2019, we predict there will be more personal branded accounts with a focus on building connections and relatability.

Google+ Will Be No More

“You haven’t heard Google+ is going to be shut down?” we say with shocked faces. Okay, fair to say this is old news but Google+ won’t be used by anyone—although according to Google, only 10% of users spend more than 5 seconds on the platform.

Google announced they will be saying goodbye to the Google+ APIs from April, 2019 onwards, so if you’re one of the rare users, you’ve been given a heads up. You can find out more about their decision in this article published by Google Fellow and Vice President of Engineering, Ben Smith.

To jump ahead of the crowd and be the first to take advantage of these predictions, you need to be on social media first. Lucky for you, we have a guide on each of the most essential platforms for businesses, including Facebook, Instagram and Google My Business.

A traveller at heart (no pun intended), Myles spent his years immediately after graduating, traveling Asia and the Americas. Over this time, he became a qualified ski instructor, attained his diving certificate and learnt (and has since forgotten) Spanish and Thai. With experience writing for various digital mediums, Myles is no stranger to the digital marketing world. He uses his degree in Marketing and Tourism Management with his unusual combination of life experiences to produce unique articles to help you look at things from a different perspective.